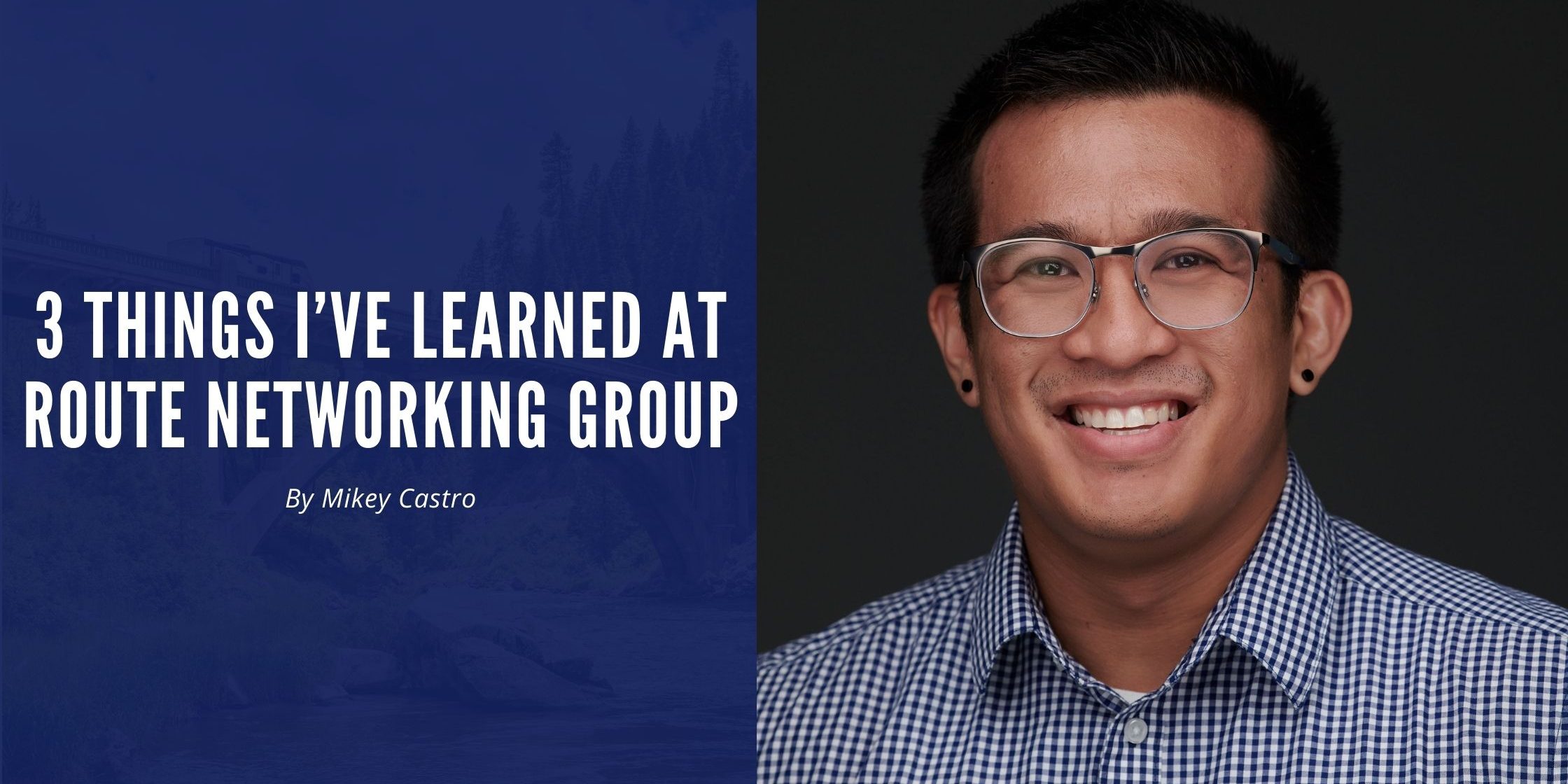 If you would have asked my younger self what I’d be doing for my professional career, I bet he would’ve told you “I’ll be traveling the world and teaching dance”.

Well, that younger self was half right. I still teach dance but I’m not traveling the world. It’s not something I’m upset about either, because I’ve found a new home here at Route Networking Group and a new passion for corporate recruiting. I know that I’ve always valued relationships and networking, and I’ve always been the guy that my friends or strangers can ask “Hey do you know anyone for ____”. It wasn’t something that I put too much thought into, but more so, it was a way of being able to help someone connect the dots to their problem. Fast forward to today, it’s already been 6 weeks here at Route Networking Group (time flies when you’re having fun), and I feel like I can genuinely say that I’ve learned so much in that short amount of time.

So what have I learned at RNG?

I’ve always been someone that likes to dive straight into an opportunity or situation whether I had the experience for it because I’m more of a hands-on learner anyways. For the first few weeks, I was working on multiple roles for clients that I had no knowledge in and that was intimidating. I was nervous I would mess up a call, I was intimidated talking to more experienced professionals, I was hesitant in my ability to perform for my team. It took a few deep breaths and a colleague saying “don’t make excuses in your head, just call” for me to saddle up and get ready for the ride. You can’t be scared of failure, being afraid to fail hinders us from growth. I knew that I could talk to people, and I knew that I had the ability to build a relationship with someone. Everything else – industry knowledge, types of questions to ask, how to answer questions I didn’t know the answer to would all come with experience.

If you say you’re going to do something. Do it. I’ve always been someone that tries to stick to my word, and I think that characteristic is something that’s important in the recruiting industry. There’s been times where I’ve heard “Yeah that’ll be done tomorrow” or “I’ll get to it today” and it doesn’t get done. Whether we’re talking to a client or a candidate, this phrase without follow through can leave a recruiter in an awkward situation. I’ve told candidates “the client said they’ll get back to me tomorrow” or vice versa. Then I’ll receive a follow up the next day and if the person hasn’t gotten back to me, I have no additional informational to provide, which in turn I feel could leave a bad impression.

When I was going through the interview process for Route Networking Group, I was warned that I’ll have my lows and I’ll have my highs. I didn’t necessarily grasp the concept of how low the lows could get but I’ve always tried to have a positive outlook on everything that happens. It wasn’t until I started diving into my role that I understood. Deals fall through. Situations don’t go as expected. The person you thought that was a perfect fit may not have worked out. At the end of the day, you have to take some of those punches on the chin and get right back up.

I couldn’t be happier with where I’m at out Route Networking Group, and want to thank the team for setting up for success but also giving me the opportunity to learn from the trials and tribulations that I wouldn’t be able to experience if I didn’t just go for it.

Follow us on Instagram and on LinkedIN to keep up with the latest news here at RNG!

How To Spot Job Scams: How I Almost Had My Identity Stolen
July 12, 2021
How Recruiters Save You Time by John
April 29, 2021
Recent Posts
Categories
Archives
Subscribe to Our Newsletter!
Go to Top